In this case, the random splicing of clips from the "House of the Dead" gameplay between shots. Sounds about right, considering it's a barrage of nonsense fantasy concepts that it just assumes the audience already understands. Though the movie achingly recreates in-game locations, anyone who hasn't sunk a whole lot of hours into playing "World of Warcraft" gets left behind by the plot.

The video game connection feels incidental, though. So it's one of the better ones. Probably the most amusing fantasy cast you could imagine, turning an Uwe Boll nightmare into something that's extremely watchable ironically. Watchability goes a long way on a list like this where most of the movies are terrible.

And surprisingly, it's not that bad! This is a movie that won't make a lick of sense if you haven't played one or two of the games it's based on.

But I have played all of the games, and I found it to be a reasonably entertaining action flick. It's definitely pretty dumb, though.


I can't imagine why anybody would dislike that. But honestly, this movie has a better story than any of the game s. And it's one of the better modern zombie movies.

Sure, that source material is trashy and exploitative, but it always came with a wink. This movie comes with about a thousand winks. This is that "Pokemon" movie. It's perfectly enjoyable. It was a good move, as the film embraces all sorts of weird monsters but turns the franchise into something very different from the source material.

It's telling that the games would eventually start to ape the movies. The movie adds a sci-fi storyline about gene editing, an evil corporation, a friendly gorilla and The Rock, and the results are largely goofy fun. It's an excuse to watch a foot wolf, foot gorilla and foot crocodile climb buildings in Chicago and wreck stuff, and in that way, it's pretty faithful to the game that spawned it.

An adaptation of the game that rebooted the video game franchise, to reboot the movie franchise, has some solidly movie-like source material to work from. It does a pretty good job of capturing the spirit of the survivor-focused "Tomb Raider" and has some cool action sequences besides, but a lack of characterization for Lara and a rushed story mean it's just never very memorable. Much of the movie legitimately hits on some creepy vibes before it careens into a climax that includes a first-person viewpoint sequence that makes you wonder why anyone plays video games at all.

Those games don't exactly have normal story elements like "dialogue" or "themes.

Nickelodeon's 'Rugrats' Is Making A Comeback

Raul Julia, that's how. As the story's villain, he's having an absolute blast the entire time, with a cast that just as often also leans into their goofy video game characters. Paul W. Iain Glenn is back from the third movie for a chance to be super ridiculously evil again, and we finally get a reason for this zombie apocalypse. 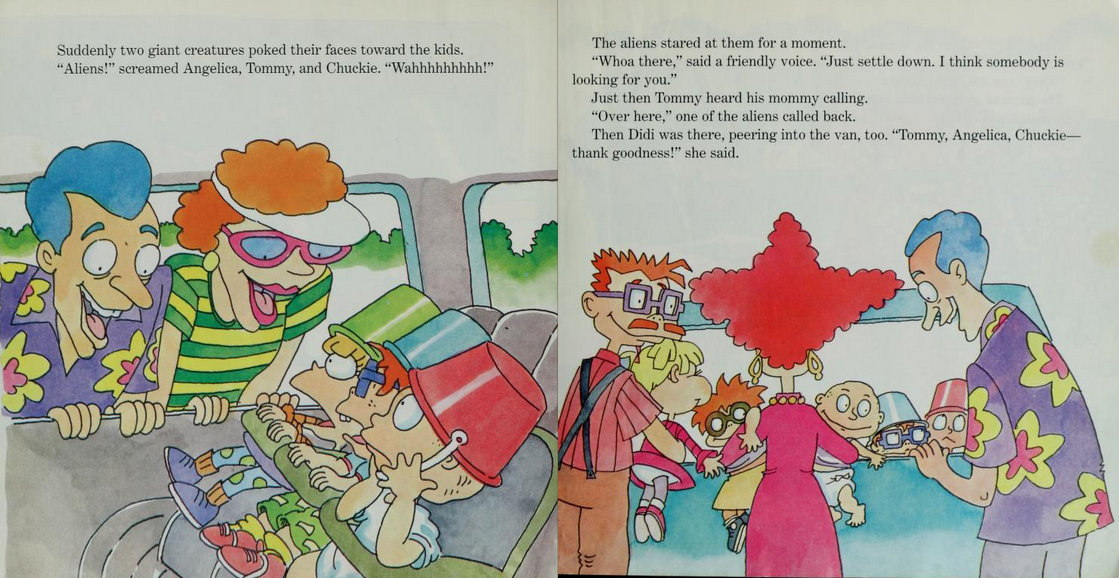 Anderson directed the first "Resident Evil," then left the director's chair to someone else -- until he returned for "Afterlife. Acclaimed Star Wars animated series The Clone Wars is celebrating its 10th anniversary with 12 new episodes. Legendary cyberpunk anime Akira turned 30 on July 15, though its themes of rebellion, civil unrest and uncertainty in the face of violence remain as relevant as ever.

YouTube is the most popular brand among kids. Video streaming platform YouTube jumped from second place to first among brands most beloved by American children aged six to That said, Netflix replaced it in the runner-up position up from fourth and it may only be a matter of time before the Subscription Video On-Demand SVOD service takes the lead.

Apple iPhone came in third. For animation producers and studios, this data is invaluable in indicating how and where kids are consuming media. What Top Animation News were you most excited about this week? Was there something we forgot to mention? Let us know in the comments below!